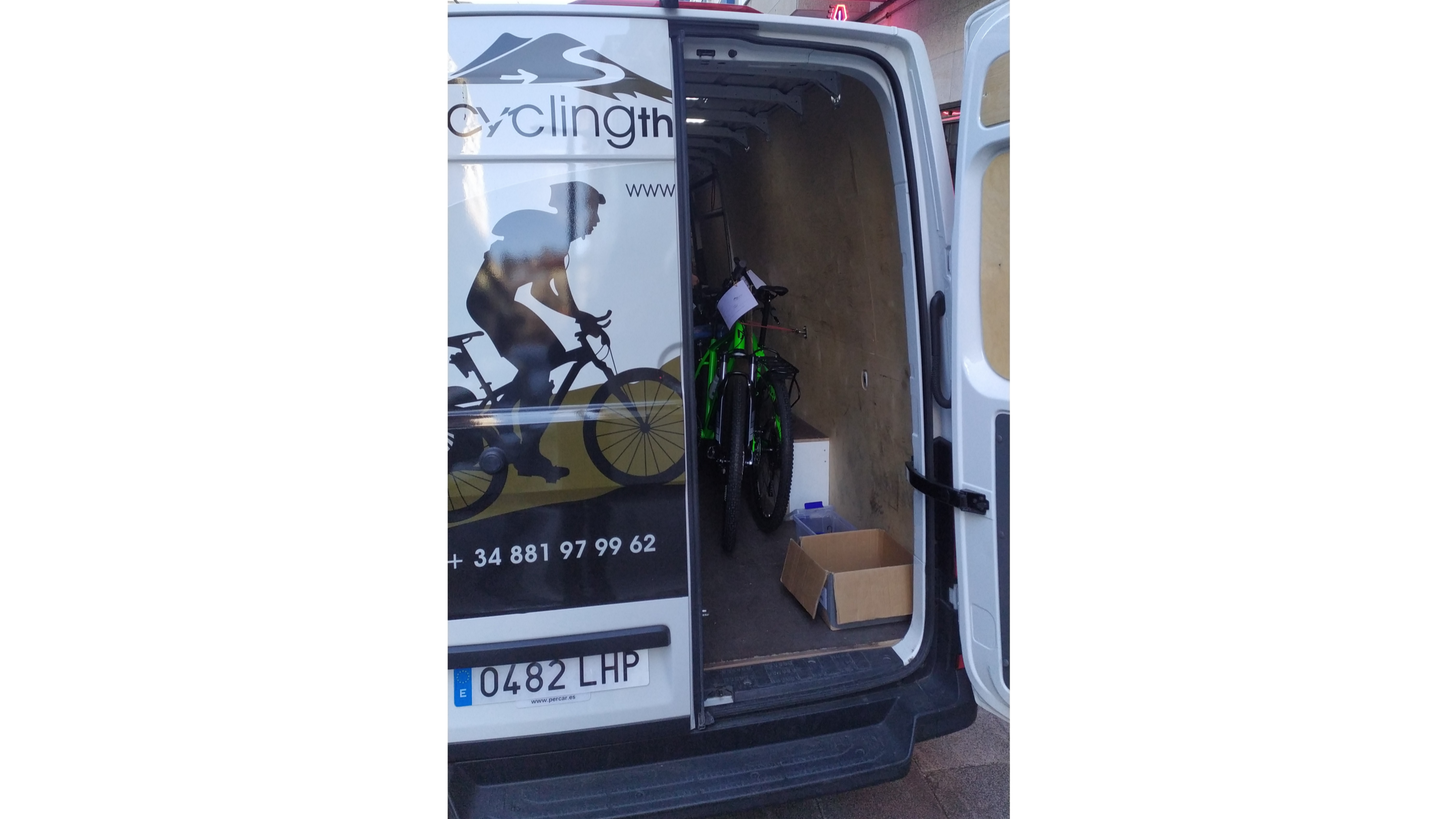 As the year Xacobeo 2022 progresses, we are noticing that many things are no longer as in the past. There are many very positive things, there are many more people getting to know the spirituality of the Camino, learning about the history of our country, the cultural wealth that we treasure on the Camino with impressive rehabilitated temples and incomparable cathedrals.

In the part that touches us, fortunately, the bicycles are also technically superior to those of 18 years ago when we started on the Camino. It is true that back in 2004 everything was very rudimentary but we have witnessed changes for the better, how the problems with the bicycles of 18 years ago have almost disappeared, namely: "I don't know how to put the pedals", "how do I have to turn the handlebar?”, “how do you change a puncture?”,...

Perhaps because the bicycle brands have been evolving, perhaps because the pilgrims have also, perhaps because we too, the Camino by bicycle has undergone an important change and traffic has increased like never before. The removal of restrictions caused by Covid-19 has resulted in an unprecedented explosion of cycling pilgrims. This has meant that two of the types of companies involved in bicycle rental have been overwhelmed.

Transport companies have been one of them. Until 2015, things had behaved relatively well, there were few companies on the Camino and they were capable of managing the large packages involved in sending bicycles. In addition, the bicycles were of a normal size for the time, with 26” wheels and a more or less manageable size. But since 2015, 27.5” wheels began to become popular and bicycles increased in size, as did the boxes. Since then we noticed the first serious problems regarding the transport and handling of bicycles by delivery men and our headaches began to be frequent. But it turns out that as of 2018, 29” wheel bicycles and E-Bikes come into play, and this has led to a partial collapse of transport services, together with the emergence of electronic commerce and the disastrous centralization of services. customer service, as did SEUR -our former logistics manager-.

After the end of the restrictions caused by the Covid-19, Cycling the Camino made the decision to change the transport company and, currently, we ship almost 99% of the bicycles with MRW. Things are going a little better, they have better direct customer service, but we will always find certain problems. Given the situation and how we want to improve year after year, Cycling the Camino bought a van for this year, with the aim of making part of the deliveries to the hotels and avoiding hits, delays and claims. But there are many Paths and we cannot reach 100% of the deliveries. This causes us to group part of them in several days of margin (a maximum of 5 days) so that nothing fails. In chain, this has meant that not all hotels are happy with this change.

And it is that hotels are the second type of company overwhelmed by the rush of bicycles on the Camino de Santiago. As we have to make deliveries several days in advance, some have shown many problems, cost and even some refusal to receive bicycles from pilgrims. Not only with ours, but also with those of MRW. The reason for MRW to deliver a bicycle ahead of time is because the boxes are so large that they do not all fit in the vans and, therefore, there are times that they have to make the same delivery over several days. When we send them, we put a delivery date, but they cannot always adapt to that date for space or management.

From Cycling the Camino we understand the "problem" generated by receiving a bicycle several days in advance, but they must also understand that they have pilgrims on bicycles and it generates a benefit for them. There are very few who charge or have problems receiving them, but at Cycling the Camino we are forced to inform our customers so that they know which ones cause problems, so we will put a list here that we will update as the year progresses. We will start with those that we already know have caused us problems: